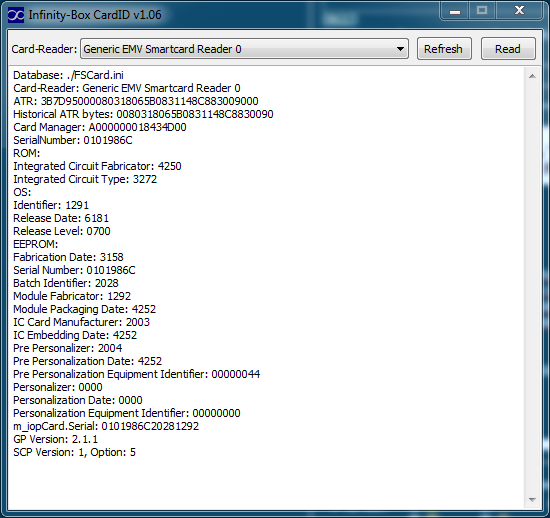 Connector (Resource Adapter) Issues and Workarounds Impacted Platforms: Linux Fatal error encountered during file installation. It was created by eCAP ClamAV Adapter configure , which was conftest.c fatal error: ac_nonexistent.h: No such file or. This document applies to Event Replicator Target Adapter Version and all subsequent Only error and fatal messages are logged or displayed. ERROR.

Printing Two-Sided from the Command Line

The laser printers we bought recently can print on both sides of the page. Nice feature! I've never had access to a printer that can do that before.

But that requires figuring out how to tell the printer to do the right thing. Reading the man page for lp, I spotted the sides option: print -o sides=two-sided-long-edge. But that doesn't work by itself. Adding -n 2 looked like the way to go, but nope! That gives you one sheet that has page 1 on both sides, and a second sheet that has page 2 on both sides. Because of course that's what a normal person would want. Right.

The real answer, after further research and experimentation, turned out to be the collate=true option:

Updating Debian under a chroot

Debian's Unstable ("Sid") distribution has been terrible lately. They're switching to a version of X that doesn't require root, and apparently the X transition has broken all sorts of things in ways that are hard to fix and there's no ETA for when things might get any better.

And, being Debian, there's no real bug system so you can't just CC yourself on the bug to see when new fixes might be available to try. You just have to wait, try every few days and see if the system

That's hard when the system doesn't work at all. Last week, I was booting into a shell but X wouldn't run, so at least I could pull updates. This week, X starts but the keyboard and mouse don't work at all, making it hard to run an upgrade. has been fixed.

Fortunately, I have an install of Debian stable ("Jessie") on this system as well. When I partition a large disk I always reserve several root partitions so I can try out other Linux distros, and when running the more experimental versions, like Sid, sometimes that's a life saver. So I've been running Jessie while I wait for Sid to get fixed. The only trick is: how can I upgrade my Sid partition while running Jessie, since Sid isn't usable at all?

I have an entry in /etc/fstab that lets me mount my Sid partition easily:

/dev/sda6 /sid ext4 defaults,user,noauto,exec 0 0 So I can type as myself, without even needing to be root.

But Debian's apt upgrade tools assume everything will be on /, not on /sid. So I'll need to use (as root) to change the root of the filesystem to /sid. That only affects the shell where I type that command; the rest of my system will still be happily running Jessie.

That mostly works, but not quite, because I get a lot of errors like .

/dev/null is a device: you can write to it and the bytes disappear, as if into a black hole except without Hawking radiation. Since /dev is implemented by the kernel and udev, in the chroot it's just an empty directory. And if a program opens /dev/null in the chroot, it might create a regular file there and actually write to it. You wouldn't want that: it eats up disk space and can slow things down a lot.

The way to fix that is before you chroot: which will make /sid/dev a mirror of the real /dev. It has to be done before the chroot because inside the chroot, you no longer have access to the running system's /dev.

But there is a different syntax you can use after chrooting:

It's a good idea to do this for /proc and /sys as well, and Debian recommends adding /dev/pts (which must be done after you've mounted /dev), even though most of these probably won't come into play during your upgrade.

Finally, on my multi-boot system, I have one shared /boot partition with kernels for Jessie, Sid and any other distros I have installed on this system. (That's somewhat hard to do using grub2 but easy on Debian though you may need to turn off auto-update and Debian is making it harder to use extlinux now.) Anyway, if you have a separate /boot partition, you'll want it mounted in the chroot, in case the update needs to add a new kernel. Since you presumably already have the same /boot mounted on the running system, use

D is for Devilish Place Names

It was surprisingly hard to come up with a "D" to write about, without descending into Data geekery (always a temptation). Though you may decide I've done that anyway with today's topic.

Out for a scenic drive to shake off some of the house-bound cobwebs, I got to thinking about how so many places are named after the Devil. California was full of them -- the Devil's Punchbowl, the Devil's Postpile, and so forth -- and nearly every western National Park has at least one devilish feature.

When I searched there for "devil", I got hits -- but many of them don't actually include the word "Devil". What, are they taking lessons from Google about searching for things that don't actually match the search terms?

I decided I wanted to download the results so I could count them more easily. The page offers View & Print all or Save as pipe "