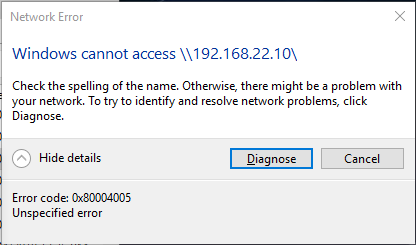 The net command is one of the new features of Samba-3 and is an attempt to provide a useful tool for the majority of remote management. If the MS Visual Studio compiler starts to crash with an internal error, set this parameter to zero for this share. The integer parameter specifies the. feature must be enabled at compile time using the --with-dnsupdate. when running the./configure script. There is also a related "net ads.

Parameters define the specific attributes of sections. Some parameters are specific to the [global] section (e.g., security). Some parameters are usable in all sections (e.g., createmask). All others are permissible only in normal sections. For the purposes of the following descriptions the [homes] and [printers] sections will be con- sidered normal. The letter G in parentheses indicates that a parameter is specific to the [global] section. The letter S indicates that a parameter can be specified in a service specific section. All S parame- ters can also be specified in the [global] section - in which case they will define the default behavior for all services. Parameters are arranged here in alphabetical order - this may not cre- ate best bedfellows, but at least you can find them! Where there are synonyms, the preferred synonym is described, others refer to the pre- ferred synonym.

Many of the strings that are settable in the config file can take sub- stitutions. For example the option path=/tmp/%u is interpreted as path=/tmp/john if the user connected with the username john. These substitutions are mostly noted in the descriptions below, but there are some general substitutions which apply whenever they might be relevant. These are: %U session username (the username that the client wanted, not necessar- ily the same as the one they got). %G primary group name of %U. %h the Internet hostname that Samba is running on. %m the NetBIOS name of the client machine (very useful). This parameter is not available when Samba listens on port 445, as clients no longer send this information. If you use this macro in an include statement on a domain that has a Samba domain controller be sure to set in the [global] section smbports=139. This will cause Samba to not listen on port 445 and will permit include functional- ity to function as it did with Samba 2.x. %L the NetBIOS name of the server. This allows you to change your con- fig based on what the client calls you. Your server can have a dualpersonality. %M the Internet name of the client machine. %R the selected protocol level after protocol negotiation. It can be one of CORE, COREPLUS, LANMAN1, LANMAN2 or NT1. %d the process id of the current server process. %a the architecture of the remote machine. It currently recognizes Samba (Samba), the Linux CIFS file system (CIFSFS), OS/2, (OS2), Windows for Workgroups (WfWg), Windows 9x/ME (Win95), Windows NT (WinNT), Windows 2000 (Win2K), Windows XP (WinXP), and Windows 2003 (Win2K3). Anything else will be known as UNKNOWN. %I the IP address of the client machine. %i the local IP address to which a client connected. %T the current date and time. %D name of the domain or workgroup of the current user. %w the winbind separator. %$(envvar) the value of the environment variable envar. The following substitutes apply only to some configuration options (only those that are used when a connection has been established): %S the name of the current service, if any. %P the root directory of the current service, if any. %u username of the current service, if any. %g primary group name of %u. %H the home directory of the user given by %u. %N the name of your NIS home directory server. This is obtained from your NIS auto.map entry. If you have not compiled Samba with the --with-automount option, this value will be the same as %L. %p the path of the service's home directory, obtained from your NIS auto.map entry. The NIS auto.map entry is split up as %N:%p. There are some quite creative things that can be done with these sub- stitutions and other smb.conf options.

Samba supports name mangling so that DOS and Windows clients can use files that don't conform to the 8.3 format. It can also be set to adjust the case of 8.3 format filenames. There are several options that control the way mangling is performed, and they are grouped here rather than listed separately. For the defaults look at the output of the testparm program. These options can be set separately for each service. The options are: case sensitive = yes/no/auto controls whether filenames are case sensitive. If they aren't, Samba must do a filename search and match on passed names. The default setting of auto allows clients that support case sensitive filenames (Linux CIFSVFS and smbclient 3.0.5 and above currently) to tell the Samba server on a per-packet basis that they wish to access the file system in a case-sensitive manner (to support UNIX case sensitive semantics). No Windows or DOS system supports case-sensitive file- name so setting this option to auto is that same as setting it to no for them. Default auto. default case = upper/lower controls what the default case is for new filenames (ie. files that don't currently exist in the filesystem). Default lower. IMPORTANT NOTE: This option will be used to modify the case of all incoming client filenames, not just new filenames if the options case sensi- tive = yes, preserve case = No, short preserve case = No are set. This change is needed as part of the optimisations for directories containing large numbers of files. preserve case = yes/no controls whether new files (ie. files that don't currently exist in the filesystem) are created with the case that the client passes, or if they are forced to be the default case. Default yes. short preserve case = yes/no controls if new files (ie. files that don't currently exist in the filesystem) which conform to 8.3 syntax, that is all in upper case and of suitable length, are created upper case, or if they are forced to be the default case. This option can be used with preserve case = yes to permit long filenames to retain their case, while short names are lowercased. Default yes. By default, Samba 3.0 has the same semantics as a Windows NT server, in that it is case insensitive but case preserving. As a special case for directories with large numbers of files, if the case options are set as follows, "case sensitive = yes", "case preserve = no", "short preserve case = no" then the "default case" option will be applied and will mod- ify all filenames sent from the client when accessing this share.

There are a number of ways in which a user can connect to a service. The server uses the following steps in determining if it will allow a connection to a specified service. If all the steps fail, the connec- tion request is rejected. However, if one of the steps succeeds, the following steps are not checked. If the service is marked guestonly=yes and the server is running with share-level security (security=share, steps 1 to 5 are skipped. 1. If the client has passed a username/password pair and that user- name/password pair is validated by the UNIX system's password pro- grams, the connection is made as that username. This includes the \\server\service%username method of passing a username. 2. If the client has previously registered a username with the system and now supplies a correct password for that username, the connec- tion is allowed. 3. The client's NetBIOS name and any previously used usernames are checked against the supplied password. If they match, the connection is allowed as the corresponding user. 4. If the client has previously validated a username/password pair with the server and the client has passed the validation token, that username is used. 5. If a user = field is given in the smb.conf file for the service and the client has supplied a password, and that password matches (according to the UNIX system's password checking) with one of the usernames from the user = field, the connection is made as the user- name in the user = line. If one of the usernames in the user = list begins with a @, that name expands to a list of names in the group of the same name. 6. If the service is a guest service, a connection is made as the user- name given in the guest account = for the service, irrespective of the supplied password.

EXPLANATION OF EACH PARAMETER

You can manage your YubiKey ids with LAM. It supports the yubiKeyUser schema or any other attribute mapping.

First, you need to activate the YubiKey module for users in your LAM server profile.

Second, you need to specify which object class and attribute name should be used.

Object class: If you have an object class just for the YubiKey ids then enter it here. LAM will then provide options to add and remove it. In case you reuse some existing attribute from e.g. inetOrgPerson please leave object class name blank.

You will then be able to manage the key ids for your users.

This will allow your users to update their own keys.

You need to configure the object class and attribute name first. This is done on tab "Module settings" in self service profile.

Attention: Please note that both fields are mandatory here. Even if you reused an attribute from some existing object class you need to set it here. LAM needs this to detect if the user can add keys.

Then add the YubiKey ids field to your self service profile on tab "Page layout".

When a user with the specified object class logs in then the key input fields are shown.

You can setup PAM to check if a user is allowed to run a specific service (e.g. sshd) by reading the LDAP attribute "authorizedService". This way you can manage all allowed services via LAM.

To activate this PAM feature please setup your /etc/libnss-ldap.conf and set "pam_check_service_attr" to "yes".

Inside LAM you can now set the allowed services. You may also setup default services in your account profiles.

You can define a list of services in your LAM server profile that is used for autocompletion.

The autocompletion will show all values that contains the entered text. To display the whole list you can press backspace in the empty input field. Of course, you can also insert a service name that is not in the list.

LAM may create and delete mailboxes on an IMAP server for your user accounts. You will need an IMAP server that supports either SSL or TLS for this feature.

To activate the mailbox management module please add the "Mailbox (imapAccess)" module for the type user in your LAM server profile:

Now configure the module on the tab "Module settings". Here you can specify the IMAP server name, encryption options, the authentication for the IMAP connection and the valid mail domains. LAM can use either your LAM login password for the IMAP connection or display a dialog where you need to enter the password. It is also possible to store the admin password in your server profile. This is not recommended for security reasons.

The user name can either be a fixed name (e.g. "admin") or it can be generated with LDAP attributes of the LAM admin user. E.g. $uid$ will be transformed to "myUser" if you login with "uid=myUser,ou=people,dc=example,dc=com". 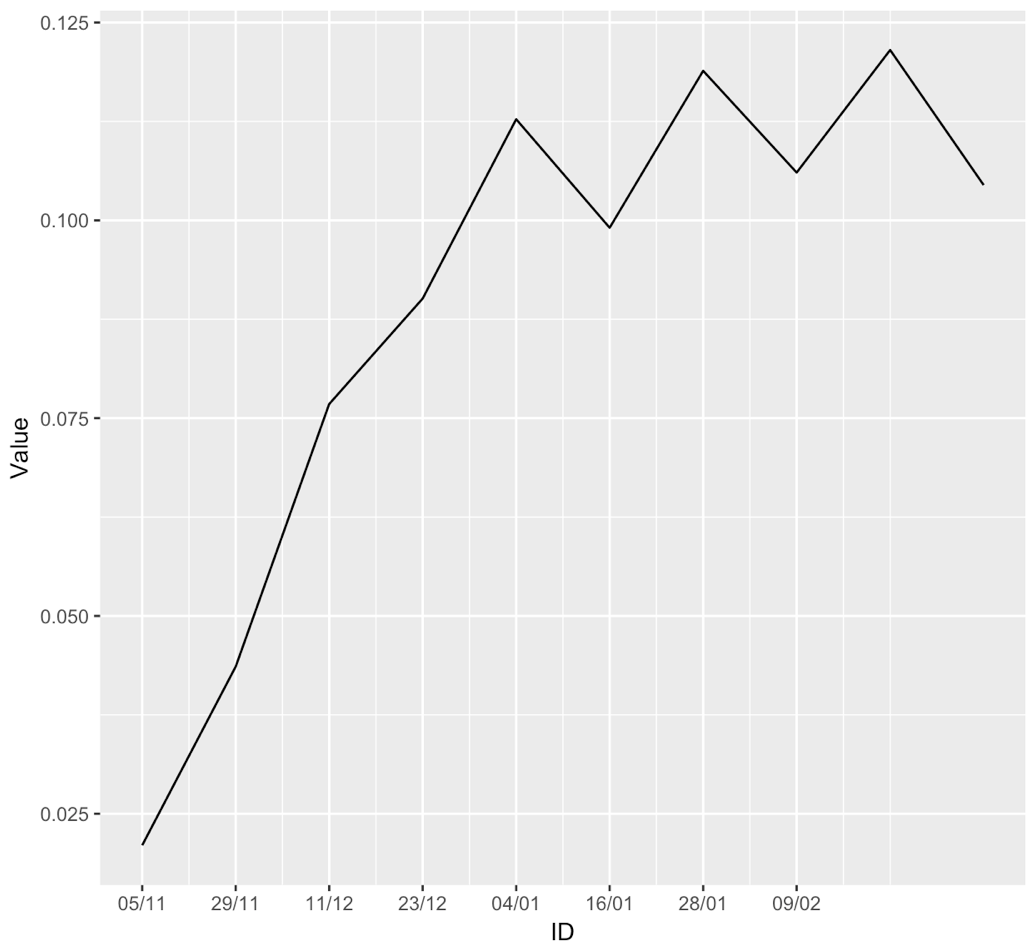