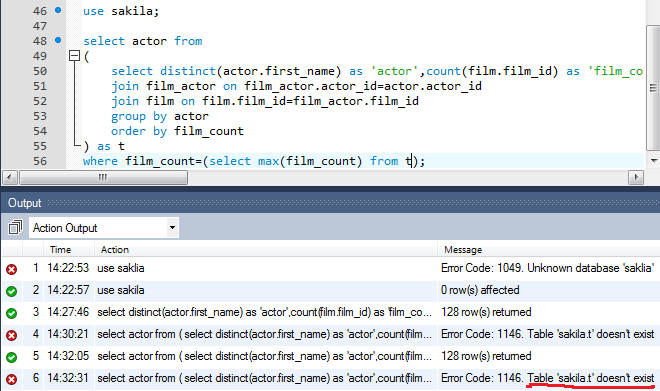 Chat with fellow EECMS users in the 'Database Error Occurred Error Number: 1146' ExpressionEngine community discussion forum thread. DB function failed with error number 1146 Hello, even when I saw several post about 1146 I am confuse I have created a menu link liked to the CB. A Database Error Occurred Error Number: 1146 Table '(database name).content' doesn't exist SELECT * FROM content WHERE id!.

This exception is the base class for all other exceptions in the module. It can be used to catch all errors in a single statement.

The following example shows how we could catch syntax errors:

Initializing the exception supports a few optional arguments, namely , , and . All of them are optional and default to . is internally used by Connector/Python to raise MySQL client and server errors and should not be used by your application to raise exceptions.

The following examples show the result when using no arguments or a combination of the arguments:

The example which uses error number 1146 is used when Connector/Python receives an error packet from the MySQL Server. The information is parsed and passed to the exception as shown.

Each exception subclassing from can be initialized using the previously mentioned arguments. Additionally, each instance has the attributes , and which can be used in your code.

The following example shows how to handle errors when dropping a table which does not exist (when the statement does not include a clause):

Prior to Connector/Python 1.1.1, the original message passed to is not saved in such a way that it could be retrieved. Instead, the attribute was formatted with the error number and SQLSTATE value. As of 1.1.1, only the original message is saved in the attribute. The formatted value together with the error number and SQLSTATE value can be obtained by printing or getting the string representation of the error object. Example:

is a subclass of the Python .

If you get an error like the one abelow during an upgrade:

This usually means that the $dbprefix line in your include/config.php file is incorrect. Make sure that  the line is commented or uncommented out depending on how you have it set up via MySQL or your hosting control panel.

For example, if you used "ss_" for your database but leave the line commented, it will lead the software to think your databases do NOT have prefixes and as such can't find the database you're defining.

Instead, make sure that line reads like the below:

Adding the two slashes (//) in the beginning of that line "uncomments" the line.

If you're NOT using any prefix, that means you left the line commented during the initial installation. When you upgrade ensure that line retains its two slashes.

This is an archived forum and the content is probably no longer relevant, but is provided here for posterity.

The active forums are here.

.(JavaScript must be enabled to view this email address)

FYI - I have never been able to replicate this (I've seen it once or twice before). I'll dig into it some more and let you know what I find.

In the meantime, you could always restore your install from the backup (auto created on Windows). There should be another directory in c:\xampplite called open-audit-TIMESTAMP (substitute the timestamp for when you initially ran the upgrade). Delete c:\xampplite\open-audit. Rename the backup folder to open-audit. Remove your existing (broken) database:

(substitute the timestamp for when it was backed up).

You may encounter issues with files in c:\xampplite\htdocs. If you do, post back and we can fix those as well.

I'll keep you updated with what I find.

But now after I solved that problem, another one come up. Now the update query doesn't know the new created table. But if I change to a select statement, it works smoothly.

For that reason I've decided to post the full script.

I've checked phpmyadmin after refresh the page and the table really exists and it contains the data from the select statement.Can you please tell me what mistake I did? 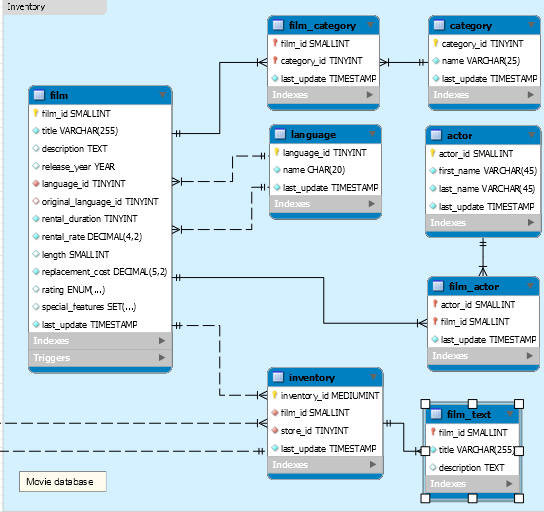